Today we continue the #WonderWomen series celebrating some of the pioneers who have shaped the collection at Manchester Museum, with Caroline Birley. Deborah from the Visitor Team tells the story of this dedicated geologist and mineralogist. 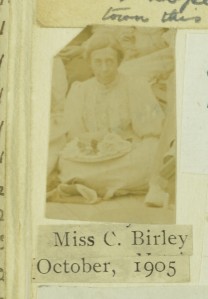 Amongst the many specimens in the Fossils gallery at Manchester Museum I noticed that most of the attributions were to gender neutral titles of Professors or first name initials. Upon further investigation they proved to be all male, that is apart from the ones donated by Caroline Birley whose name was written out in full. This was the deliberate act of a very dedicated geologist and mineralogist.

Caroline Birley was born on November 16, 1852 into a wealthy and distinguished family listed in Burke’s Peerage as ‘Landed Gentry’, residing at York Place, Oxford Road, Manchester. Her family owned cotton and rubber factories and later ran a charitable hostel for girls. Her brother Francis Birley an amateur footballer who played for England, her uncles Hugh Birley was the first Conservative MP for Manchester 1868-1883 and Herbert Birley the chairman of the Manchester school board.

A Passion for Rocks and Fossils

From a very young age Caroline collected small stones and rocks and in 1864 she became a subscriber of Geological Magazine, initially paying for it with her pocket money before her grandmother gave her an allowance to cover the cost.

In Caroline Birley’s day, collecting fossils was a male dominated domain, however her family’s wealth and support will have enabled her to be able to travel, at a time when flying was not an option. This allowed Caroline to follow her passion for geology and minerology which were very much male dominated professions in the 19th century.

An active collector she had amassed such a vast collection that it could no longer fit in her home and when the family moved to Seedley Terrace in Salford she had a special iron building constructed in garden just for her fossils. She named it Seedley Museum and in 1888 she opened it to the public.

She continued to add to her collection throughout her life and between 1887 – 1905 travelled extensively, often accompanied by her friend Louisa Coupland, to the following destinations:

It was on a visit to Denmark that Caroline Birley collected two new species of fossilised crustaceans from the Late Cretaceous, Dromiopsis birleyae and D. coplanda. Following these discoveries, Dr Henry Woodward of the Natural History Museum stated:

“I dedicate this species to my friend Miss Caroline Birley, who has given so much time and attention to the study of geology and palaeontology both at home and abroad, and whose private collection bears testimony to her devotion to science.” 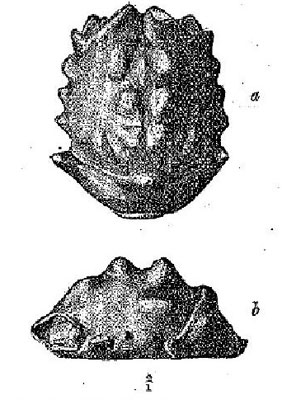 In 1896 Caroline Birley moved to Kensington, London, taking all her collection and museum with her. She also spent much of her time carefully naming her specimens in the Geological and Mineralogical Galleries of the British Museum with emphasis on including her full name on the label.

Caroline attended the 1887 British Association for the Advancement of Science (BA) in Manchester and attended every year until her death. 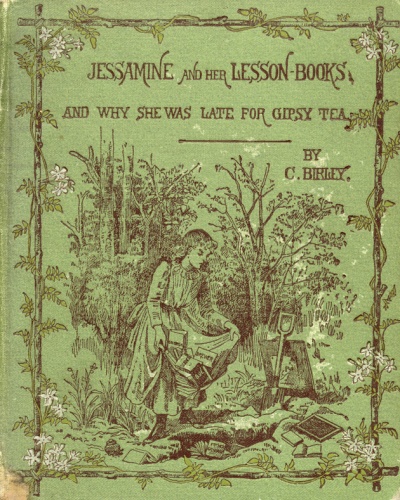 Following her death aged 55, her obituary in the Geological Magazine described a very curious and independent woman who was held in such high regard amongst the more traditionally male collectors in this field:

“By the death of Miss Caroline Birley, a most ardent and enthusiastic student has been lost to the science of Geology, one who from her childhood to the end of her life never wavered in devotion to this her cherished pursuit, nor thought any fatigue or personal sacrifice too great in order to visit places of geological interest and obtain specimens for her beloved Museum.”

Caroline had specified in her will that most of her collection be bequeathed to the Natural History Museum, with any items the curators didn’t require to be passed to The Manchester University Museum with the stipulation that none of the specimens be handled by the students! She also stated that the items be labelled as belonging to the Caroline Birley Collection.